Simon Baker curated ‘Performing for the Camera’, an unusual photography exhibition studying the relationship between photography and performance. Much has been written about the Instagram selfies included in the exhibition, but the show is worth seeing with or without Instagram artist Amalia Ulman. 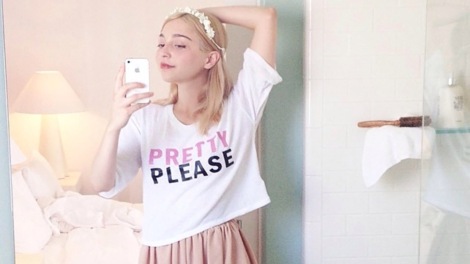 The show is about Photography documenting Performance

The manifest theme of the exhibition is photography documenting performance. The selection includes relatively unknown photographers documenting well-known performance artists and performances, such as Yves Klein’s ‘Anthropometries of the Blue Period’.

And Photography responding to a performance

At first, it may seem easy work but the exhibition shows the photographs are not a mere documentation, but a photographic response to a performance. For instance, Shunk and Kender photographed a single performance by Merce Cunningham at Théâtre de l’est Parisien in Paris on 12 June 1964, and then later created blurred abstractions out of their images.

Curator aimed to cover all aspects of the subject, however

Curator Simon Baker aimed to cover all aspects of the subject: performance purposely for photography, with Nadar’s Pierrot, remarkably loaned from the Musée d’Orsay; artists pretending to be someone else; artists using their image for self-promotion. Perhaps the culmination is when credits are given to both photographer (Eikoh Hosoe) and performer (dancer Tatsumi Hijikata).

Some familiar pictures are included in the exhibition

Several familiar pictures are included in the show, such as Cindy Sherman’s ‘Untitled Film Still’ (1978) and seen in recent exhibitions, such as Ai Weiwei ‘Dropping a Han Dynasty Urn’ (1995), Dóra Maurer ‘Seven Rotations 1 – 6’ (1979). Performing for the Camera runs at Tate Modern until 12 June 2016.

2 responses to ““Say cheese”: Performing for the Camera”