Of course, Champagne Life, an exhibition of all-female contemporary artists would make some people cringe: gender does not define a genre in art etc. What does it say about the current contemporary art world? Why do we need such an exhibition? Why not? I think is a worthwhile initiative – I’ll buy into it. The title of the Saatchi Gallery exhibition, Champagne Life, is taken from a work by Julia Wachter, an artist influenced by Andy Warhol since the 1980s.

Back to Champagne Life, nothing in the ten galleries states that the works are “female art”. Some are obviously by female artists, such as those by Marie Angeletti. Others, such as those by Julia Dault, could have been made by male artists, as could have Maha Malluh’s Untitled works which are reminiscent of Suboth Gupta’s. I believe the common thread is the light-heartedness of the artworks. In my view, Saatchi and its team made an excellent selection of 14 female artists. 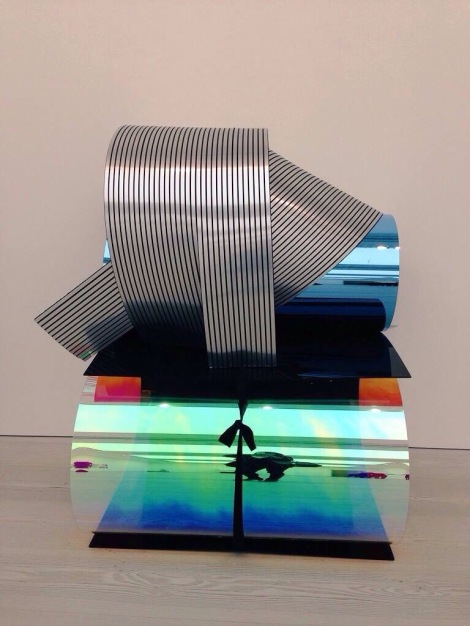