The introductory comments of the pre-opening curator tour of ‘Rubens and His Legacy’ at the Royal Academy proclaimed that the exhibition is not a monographic one but shows Rubens’ influence up to the 21th century. Royal Academician Jenny Saville added a modern & contemporary art room to the exhibition, which was first shown at the Bozar in Brussels. The ‘Rubens and His Legacy’ show runs until 10 April 2015 at the Royal Academy. 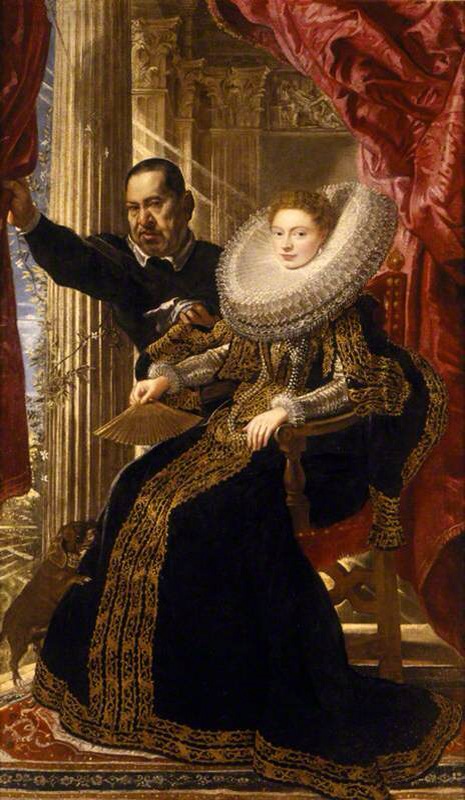 The exhibition includes some obvious “Rubenesque” painters like Delacroix and Van Dyck. The latter adopted Rubens’s practice of painting studies of live models for later use as characters in religious pictures (source: The Metropolitan Museum of Art). It also shows less obvious painters such as Klimt and Manet. The resultant exhibition is a loosely defined legacy of Rubens, with not enough paintings by the master himself.

The Royal Academy shows Rubens’ heritage of Italian art. Although he did not have an Italian apprenticeship – Rubens received training in the studios of three Antwerp painters – the artist spent eight years in Italy, notably supported by commissions from the duke of Mantua, Genoese nobility. He painted “à l’italienne”, including ‘Portrait of Maria Grimaldi and her Dwarf’. We learnt from the Head Curator of the exhibition, Arturo Galansino that dwarfs were highly popular in aristocratic circles in Italy. Rubens inspired British portraiture (ugh) as well as French portraitists. Several altarpieces and large paintings couldn’t be moved due to their size, except for the admirable ‘The Tiger Hunt’ from the Musée des beaux-arts de Rennes, in France.

I asked myself what Rubens means to us and to me: Voluptuous women? Of course, but what else? The exhibition showed a broadly-defined legacy of Rubens. The artists displayed alongside Rubens are not only linked by the paintbrush but also share similar characteristic compositions, motifs and themes, including a well-represented theme in art: love. It could be that those artists were inspired by baroque and its grandiosity, rather than Rubens, in my view. I feel that the RA exhibition has been open to much interpretation from the curators, I doubt that Sarah Lucas (a major Young British Artist using furniture, clothing, food as materials), shown in Jenny Saville’s contemporary room, ever thought of Rubens for instance.

2 responses to “Rubens and his too loosely-defined legacy”