One of my 2014 resolutions was to see art exhibitions at the beginning of their run, or rather to avoid the last few days. I succeeded with the Hannah Höch exhibition at the Whitechapel Gallery. I was looking forward to seeing it as I had read promising reviews and tweets, and was unfamiliar with her works. After such anticipation, I was sadly disappointed by the show overall, verging on boredom at the beginning and end of the retrospective, which I felt could have been better curated.

Hannah Höch was a member of Berlin’s Dada movement in 1917-1922, with Moholy-Nagy as both friend and teacher. The Berlin Dadaists opposed the status quo and rejected established contemporary cultural influences against the backdrop of political events in the collapsing city. Berlin Dadaists had a strong political message (I thought more so than other Dadaists and Pop Art) and Hannah Höch used images of popular culture to criticise political figures, gender inequality and sexual stereotypes. They also rejected abstraction and expressionism and experimented with different media, using mixed typography and the archetypal medium of Photomontage. The Photomontages or collaging of photographs from the mass media became Berlin Dadaists’ satirical tools.

The “introductory” part of the Whitechapel show – where typically an exhibition shows the early works of an artist, often inspired by contemporary art trends, a rite of passage to discovering an individual style – was too long for me. It seemed to take a long time to get to the heart of Höch’s work. Perhaps her best collages are those photomontages of faces with eyes and lips borrowed from others. Hannah Höch mixed female and male attributes, baby/child and adult, creating non-human-like and deranged figures. She also fused ethnographic sculptures with humans. I thought the photomontages were most effective when viewed as a whole rather than studying the individual composite parts. As highlighted by the Whitechapel Gallery, Höch’s photomontages can be viewed as encouragement towards accepting differences – a powerful message against a backdrop of conformism dictated by National Socialism.

Later, Hannah Höch shied away from photomontages. She defined her later works as “fantastic” art, dubbed abstract by Whitechapel and herself. I saw them not as figurative, narrative less, but not abstract either. I was bored again – not necessarily due to the artist’s works but most of the exhibits were of similar format and would have benefited from a more exciting display. Instead, the exhibition is a monotonous line of similarly framed works, with no signage and I got lost in the chronology, which was a shame. Hannah Höch is at the Whitechapel Gallery (galleries 1, 8 and 9) until March 23, 2014. 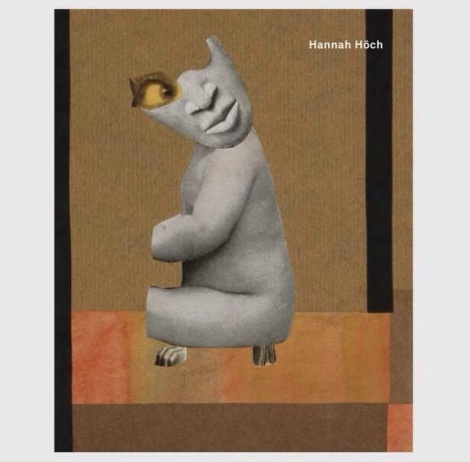