With Facing the Modern: The Portrait in Vienna 1900, the National Gallery has regained its status as a high-quality exhibition museum host, after several “so-so” shows. Facing the Modern is a beautiful exhibition of Viennese portraiture during the Austro-Hungarian Empire (1867–1918), from the court portraits of Friedrich von Amerling to avant-garde works by Klimt, Kokoschka and Schiele.

The display follows the emergence of modern art in Vienna before 1918, the collapse of the empire, to the deaths of Klimt and Schiele. There is a striking contrast between the paintings in rooms 1 and 2, which illustrates the change in the economic and political environment in Vienna. One could say that the first room was not essential but it helps emphasize how much Vienna was changing at the time, something I believe is worth highlighting.

Two arts movements were avant-garde in Vienna at the time: Expressionism and the Viennese Secession. The Viennese Secession was formed in 1897 by a group of Austrian artists, including painters, sculptors, and architects. The first president of the Secession was Gustav Klimt. The group also exhibited avant-garde artists from other European countries. Yet it is difficult to think of the Viennese Secession as an avant-garde movement given its decorative quality, with ornate frames and gold paint. Excessive emotionality is conveyed through the Austrian Expressionists’ violent colour and loose brushwork, influenced by Van Gogh, whose works were exhibited at the preeminent Galerie H. O. Miethke in Vienna in 1906.

The National Gallery exhibition gives a fascinating look into death, Judaism and social status in Vienna. Many works are loaned from the Leopold Museum in Vienna. There are some breathtaking Klimts and Schieles (look at his depiction of hands) and also notable works by Richard Gerstl, who marked the beginning of the Expressionist movement in Austria. For those who are wondering, the National Gallery show is not a repeat of the exceptional 2005-06 Grand Palais exhibition; the latter looked at the Viennese Secession’s portraiture but also at landscape and allegorical painting. Facing the Modern: The Portrait in Vienna 1900 runs until January 12, 2014. 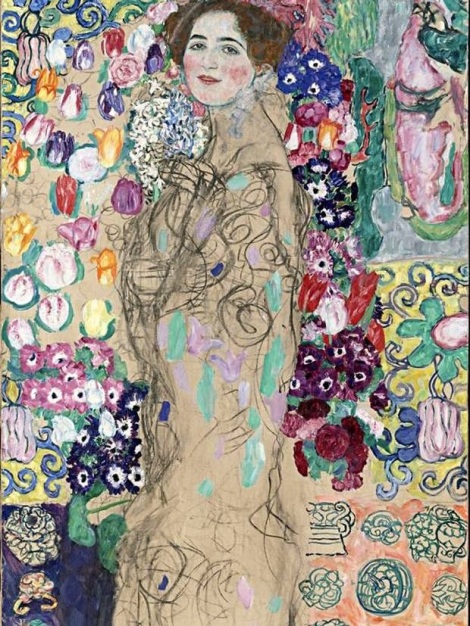